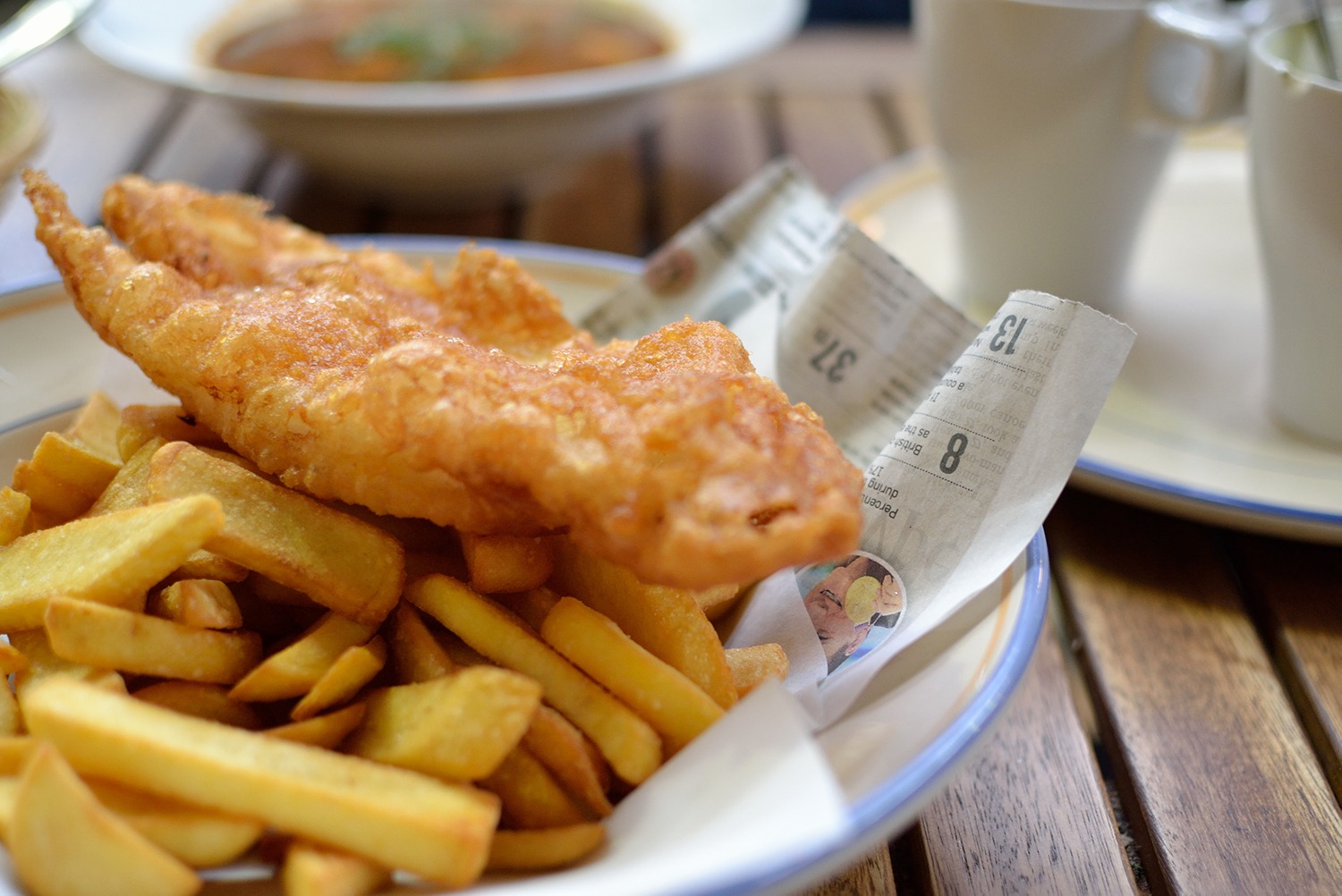 Even more British than bulldogs or queuing, fish and chips hold such a special place in the national consciousness that a whole day is given over to celebrating this most marvellous of national dishes and this year it is being celebrated on the 4th September. So without further ado, and in no particular order, here’s our rundown of the five best fish and chip shops that can be found in the South West!

Are you visiting Falmouth? Harbour Lights is the place to get your fish and chips fix. Enjoy a takeaway followed by a stroll around the harbour to soak up the views. With fantastic ingredient provenance credentials and plenty of satisfied customers, it’s easy to see why they were a Top 10 Finalist in The National Fish & Chip Awards 2019.

Paignton Pier Chippy Co. is a relatively newcomer to the scene, opening its doors only a couple of years ago. In that time it’s earned itself a stunning reputation for exceptional quality and earning numerous awards. Based at Paignton’s historic pier, whether you enjoy the amusements or simply enjoy a stroll in the sunshine, there’s plenty on offer to enjoy alongside your meal.

Harbourside Fish & Chips in Plymouth has been serving up Britain’s favourite meal since it opened its doors. They’ve won armfuls of accolades in the National Fish and Chip Awards and are proud to offer a full gluten-free fish and chips menu alongside the more traditional offering, and with 1000+ positive reviews on Tripadvisor, they’re clearly keeping their customers very happy!

Fraser’s Fish & Chips in Cornwall’s lovely Penzance finishes up our list. This family-owned chippy was the National winner of the Sustainable Seafood category at last year’s Fish and Chip Awards.  With hundreds of happy customers saying things such as “We are holidaying in nearby Mousehole and found Frasers in a listing of high-quality fish and chip shops. We went in to order a takeaway, and we were not disappointed!” it’s easy to see why Fraser’s are such a firm favourite.

Do you have a go-to Fish & Chip shop in the South West? Get in touch on social media to let us know which is your favourite!