The Montol Festival is an annual celebration in Penzance, held on the 21st of December each year. The festival is a revival of the many traditional Cornish midwinter customs and Christmas traditions which were formally practised in and around the Penzance area - and were much common to much of Cornwall. Montol is held on the traditional date of the feast of St Thomas the Apostle, usually the 21st of December, which always coincides with the winter solstice.

The Montol Festival is a six-day arts and community festival. It celebrates midwinter solstice, Cornish midwinter traditions of the past, and the customs associated with Old Christmas. The Festival culminates in Montol Eve on the 21st of December every year.

During the main event on the 21st of December, the people of Penzance take part in many of the Cornish traditional customs of Midwinter and Christmas. These include Guise dancing, with many people wearing traditional masks, adopting disguise and sporting ‘mock formal’ costume. Several fire beacons are lit throughout the town, leading up to the chalking and burning of the Cornish Yule log (the ‘Mock’), and the dancing that follows.

Fire performers and ‘Obby ‘Osses, guise beats and musicians; all these will be out and about from midday on 21st December - around Market Jew Street, Green Market and Causewayhead, to be joined by Christmas carol singers, choirs, dancer and a plethora of stall-holders. We invite everyone to join us - for the family-friendly events during the day and early evening, and an edgier, adult menu of guild-led misrule as the darkness deepens. When it gets late, anything can happen 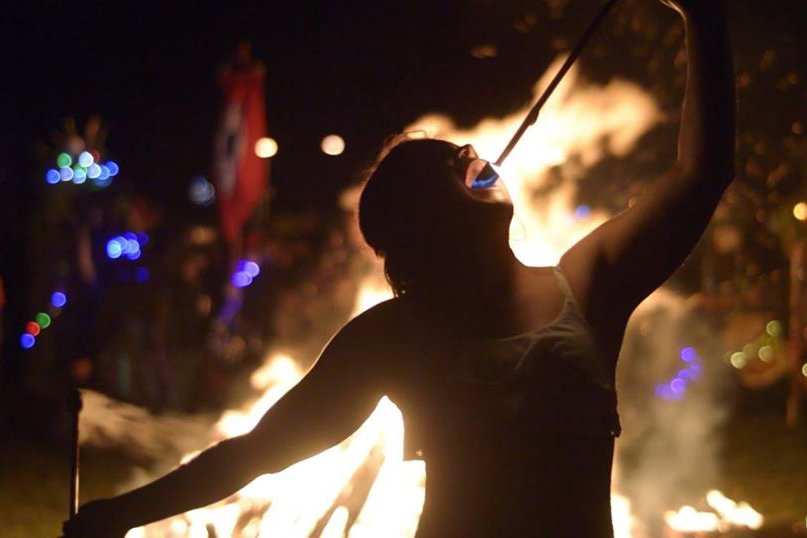